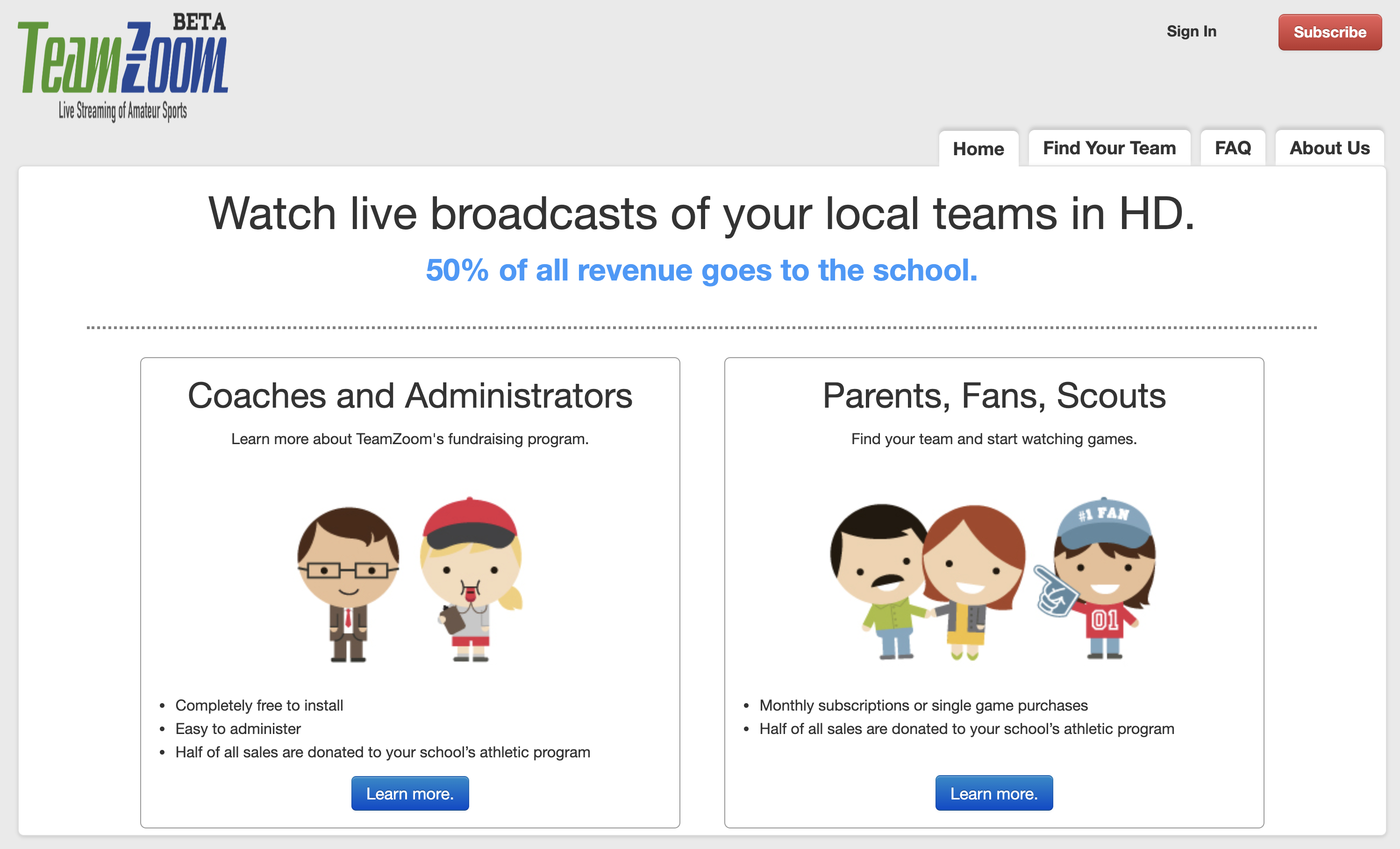 TeamZoom was one of my first major projects in the professional realms. I helped build out a HD live streaming software for amateur sporting events as the basis of a fundraiser for high schools and small colleges. This was before services like Twitch (which we use to broadcast Cur1yJ) or YouTube Live existed, so it involved interfacing with permanently fixed hardware cameras set up all around the venues, running 24/7. I didn't build this project from the ground up, so when I joined the team, I audited the codebase pretty heavily. I executed a complete written front/back-end evaluation of our MVP build running on Ruby on Rails and Postgres. Everything was covered- performance, security, bugs, UX/UI, testing, CI/CD, etc.

We organized and prioritized these audits into tasks and started to tackle a pretty hefty backlog. There was a lot of tech debt and plenty of code needed refactoring. I also coded multiple new admin and user features, and had to throw on my devop's hat to configure development, staging, and production servers. This involved writing some custom heroku and capistrano deploy scripts to at least have some assemblance of a deployment pipeline. I had to get dirty in the back-end too, making database structure changes to store .mp4 and other live streaming file types. These files were massive in 2013. A fair bit of hacking was involved in this project. Maybe the coolest part was coding a custom integration to Wowza with our rails code to live stream HD video feeds.

We never did get funding, but I was dubbed "CTO" & "Co-Founder" for all the effort put in. That definitely felt really good. You can check out and contribute to that open source code on GitHub.