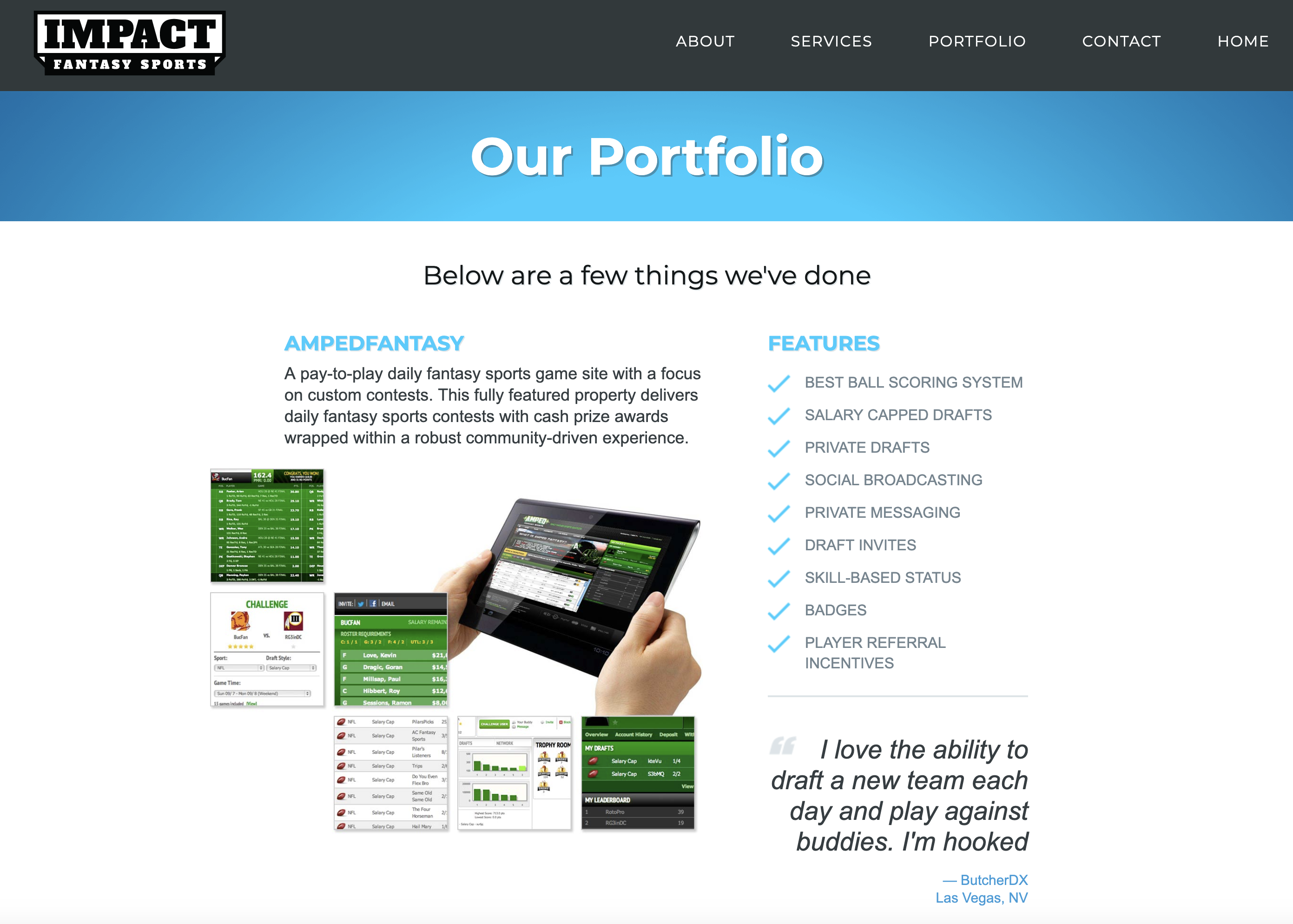 I teamed up with Impact Fantasy Sports developing two Ruby on Rails daily fantasy sports mobile web applications; one for the 2014 FIFA World Cup, and the other for Major League Baseball. For both apps, I used React on the front-end. I was definitely fortunate to get exposed to React so early after it's initial release in 2013, considering how popular it is in 2019.

Amped Daily Fantasy App: Amped is a pay-to-play daily fantasy sports game site with a focus on custom contests. This fully featured system delivers daily fantasy sports contests with cash prize awards wrapped within a robust community-driven experience. Some of this platform was already created, so I refactored and debugged existing code, wrote seed tasks, and upgraded gems. I had to setup an authentication system to integrate with  Sportsdata API. I created features such as a leaderboard scoring system, "my team" feature, the ability to see details from all teams in the leaderboard, change scores between weeks, dates, pull down titles, and individual leaderboard displays. 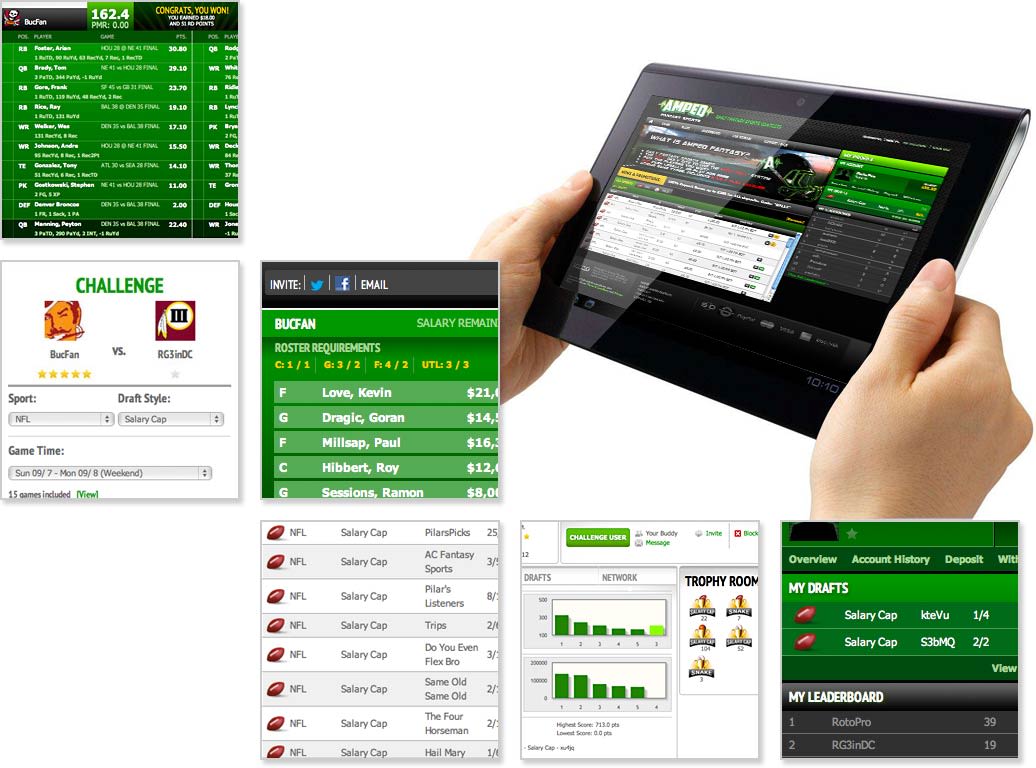