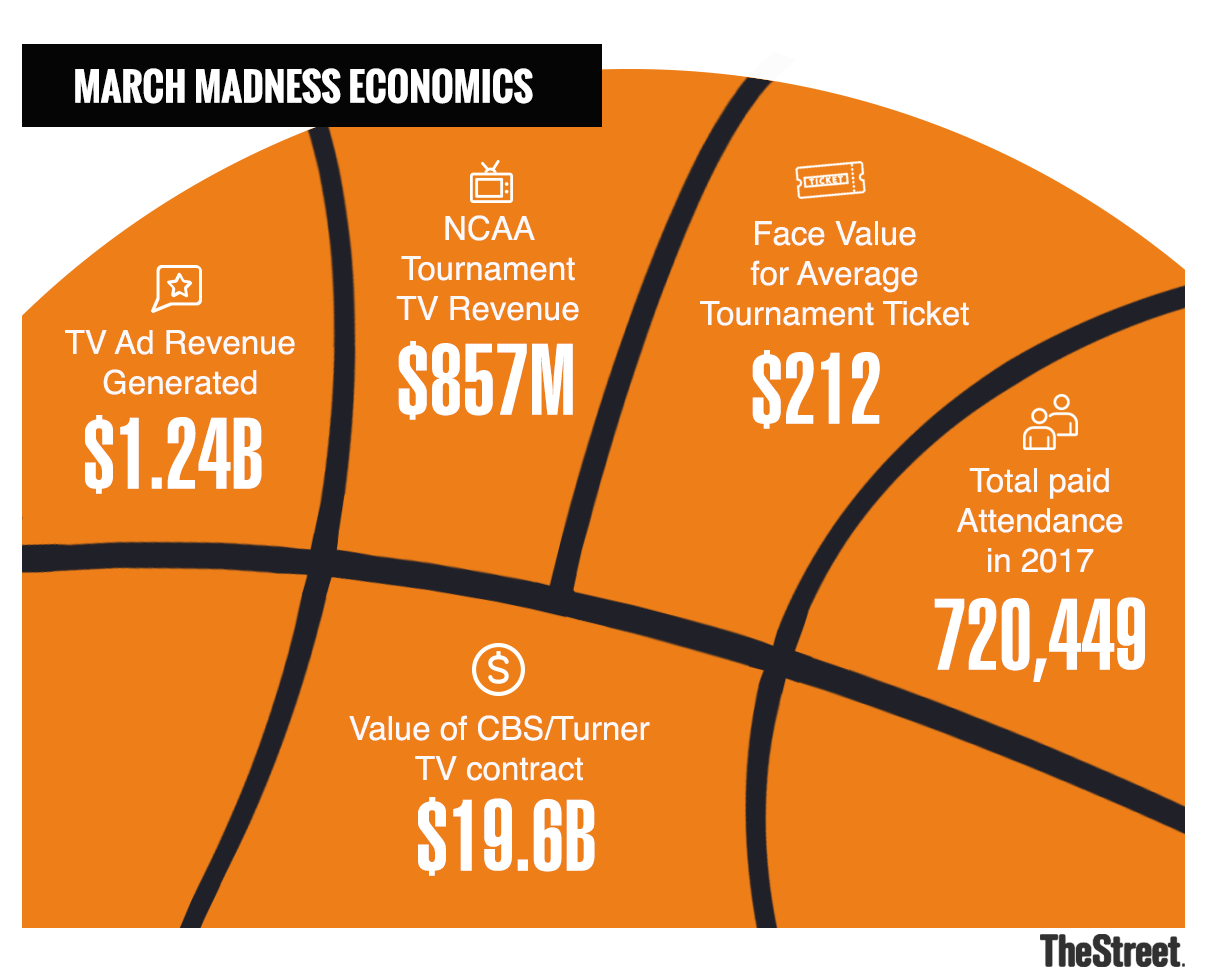 College athletes have become extremely popular without being featured on a video game or receiving a shoe deal. Should colleges pay their athletes? Absolutely not, but should companies like Adidas send a college athlete a check for the amount of jerseys they sold because of that players name? I believe so.

Paying college athletes to play at a university is like paying an 11 year old kid to go to Disney World. College athletes are participating in sports because they love it. They want to go to college and play the sport that they love. This is just like an 11 year old boy. The child is going to Disney World because he wants to enjoy everything that it has to offer. He does not want money because just being there is all that he could ever want.

If a company like Sony wants to market a product and promote it they have to pay for market awareness. Why should companies like Nike be able to do this without paying? They are not special and should be required to pay athletes for profiting from their names.

The NCAA has strict regulations restricting athletes from receiving money in any way. The NCAA will confront an athlete even if he or she is taken out for dinner. College athletes are considered amateurs. When an amateur upgrades to a pro, they simply get paid to play for an organization. Payment to play in an event is the only difference between an amateur and a professional. Because of this, athletes receiving only scholarships at a university as an incentive will not change.

If colleges were allowed to pay their athletes, big division one schools would become unfairly superior to the mid-major competitors. They would be able to pay the best athletes the most money. This would create an unfair advantage in the college sports world.

When endorsements become involved with athletes, factors become more complicated. Featuring an athlete on a video game cover doesn’t make that athlete a professional. Companies wouldn’t be paying athletes to play sports; they would be paying for the athletes name so it can be featured on a cover or placed on the back of a jersey.

It’s apparent that companies profit from unpaid athletes, especially the video game industry. Video game companies use college athletes in games without name recognition. These video game companies are profiting from the players image and accomplishments. Athletes used in game should receive a check for helping the success of a company product.

Also, fans are concerned if competition and in-game play would be affected by endorsements. Endorsements would motivate players to play well just as scholarships do. In college sports, nothing is guaranteed. Because of this players strive to do their best. A scholarship can be taken away if a player is injured or decides not to play a sport. Endorsements possess similar power. Companies aren’t going to sell the shoe of a player who drives drunk or murders a person. This motivation would enhance an athlete’s competitive nature and help their financial situation in life.

The difference between amateurs and professionals needs to be officially determined. Direct payment from a university to a player should never be acceptable; however, money received from the use of an athlete’s name should be allowed. Some college athlete’s jerseys sell for 100 dollars and no money is issued to the player’s name that is used. These athletes would be receiving money because a company sold an item with their name or number on it, not to play a sport. Professionalism and amateurism are related, but they are different in specific ways. The NCAA should look into this situation immediately, since the results may benefit college sports.