Oil, Danger in the Air: A Classical Argument 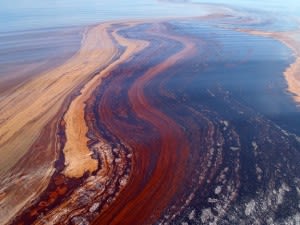 The plague had spread. It seemed as if every minute the price rose. Everywhere I went I could see employees altering the prices on their billboards. At that point I thought to myself, “I need a new job.” I mean everyone knew this was coming, and now it had. Gas prices were at an all time high. As I pulled into Mobile, I could see mothers and fathers shaking their heads in frustration as they swiped their credit cards through the credit card machines. I pulled up to a pump, stepped out of my car, and glanced at the prices, which had nearly doubled. I was in shock. I didn’t think things could get any worse, than I realized the station was out of regular gasoline. I hadn’t heard of this ever happening before. I paused to think and arrived at the question, “Is the United States of America running out of oil?”

I departed from the station in search of cheaper gasoline. Every station I reached had sold out of regular gas. Premium gas was out of my price range, and I was wasting enough gas driving around in search of a place to buy it cheaply. I finally found a station that I could afford. I filled up my tank in dissatisfaction. What is our economy going to do? The lack of oil in the U.S. is an issue that needs to be seriously addressed. First, there are not enough natural resources to meet the demand for oil. Also, the economy can’t continue to rely on other countries for gas. Finally, if the oil consumption continues at the present rate, the United States is going to run out of oil supply entirely.

People need oil because it is used everywhere in America. From heat to gas, it plays a big part in the life of an everyday citizen. Oil is being consumed at an extremely high rate, and it’s going to be hard to meet the nation’s demands in the near future. The United States does not have oil as a readily available natural resource. Although the country does have some resources in Alaska, it’s not enough. The main source of oil is based on purchases from foreign countries.

A direct consequence of importing oil is that other countries can charge whatever price they desire and the economy will pay for it. Oil has an inelastic demand because it is a necessity. Many factors can come into play and cause the nation to suffer because it is so dependant on foreign countries. The U.S. relies on third world nations that may encounter wars or depletion in natural resources. These problems could virtually destroy the United States’ economy. The more money that is spent on gas the more money is spent on foreign countries. Because of this citizens are spending less money in the U.S. and less money towards our economy. As a result, the economy will decline and ultimately fail.

Oil usage needs to be cut back on immediately. Oil is not unlimited and will run out eventually. Many items in our society are oil dependent: anything high in technology, medicine, water distribution, national defense, and plastic. A solution could be having more citizens carpooling. The government could also help by investing money in public transportation. Buses could be cleaned and made more user-friendly, therefore people would be more inclined to use them. By doing this money and oil would be preserved.

Some people may suggest that the government expand the country’s natural resources by mining in Alaska and exploring more in its own environment. This would make it so the U.S. had its own plentiful supply of oil, ultimately lowering prices and ridding dependability on foreign countries. Also, the U.S. has always had exceptional intellectual resources, making it likely that a replacement could be produced before oil is depleted. The government wouldn’t allow the economy to fall apart. The government has saved the United States every time the country has been in danger. For example, when Edison Utility was about to go out of business, the government provided funding because it would be difficult for America to function without light bulbs.

Ultimately, America is advanced enough to find an alternative resource before oil is depleted, and if it doesn’t our own territory can be explored. However, this may never happen. Most alternative systems of energy such as nuclear power and hydrogen fuel cells are reliant on sophisticated technology. These systems are extremely expensive because of the process needed to develop nuclear power and hydrogen fuel into energy. Therefore, these alternatives ultimately could be looked at as derivatives because there is no way of scaling these alternatives enough to power the world. Also, environmental exploration is too much of a risk. The world is already becoming overpopulated, and digging into the country’s soil in search of oil would limit the production of houses.

Americans can’t rely on the bureaucracy of the government to save society. Individual citizens can’t continue to abuse nature and not expect consequences. Action needs to be taken now. People need to realize that the economy is in danger if this problem is not solved. Oil can be cut back on by taking the cab or bus. Individuals should not use heating systems when it is not needed. If every American can cut back on their usage of oil a small amount, whether they realize it or not, these conservative practices could save our world.