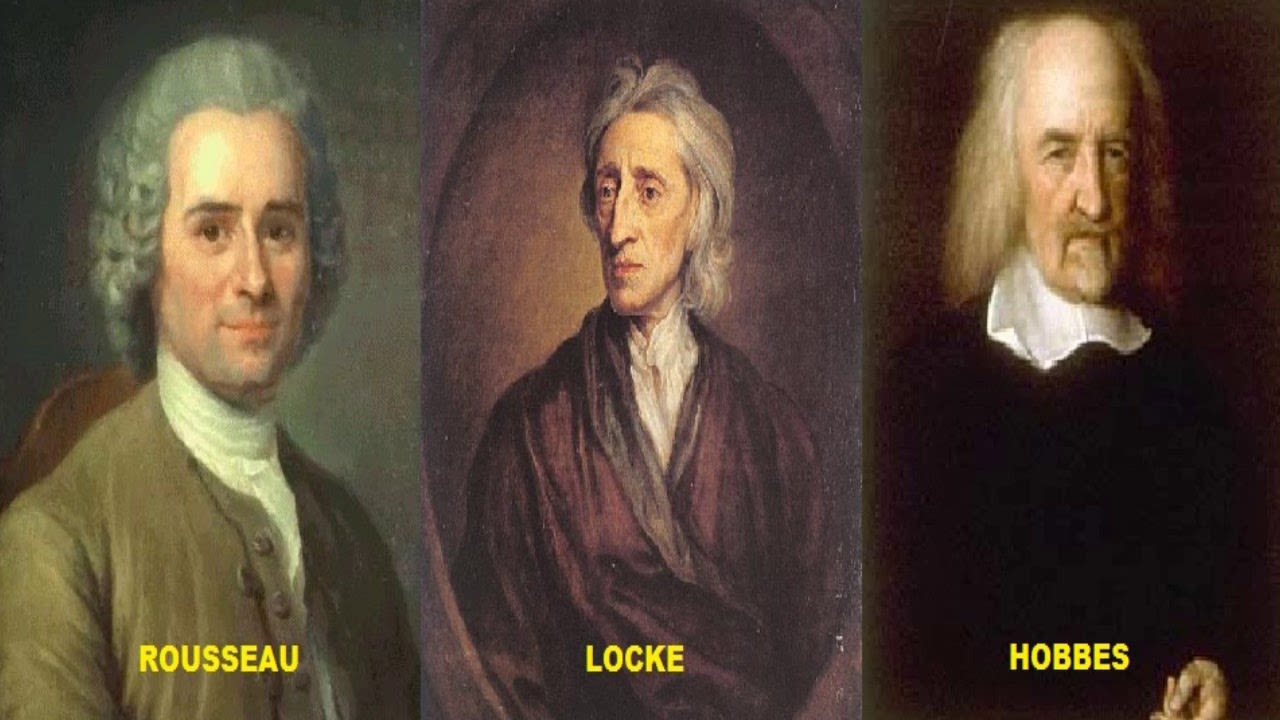 All three thinkers possess different ideas of the state of nature. It is unclear whether or not the state of nature is a real place or a metaphor. However, they all agreed that the most rational government is one based on human nature.

Locke and Hobbes believed everyone was equal and had the same basic rights; life, liberty, and property. While Locke draws a pretty picture of the state of nature, Hobbes envisions one where everyone is at constant war. He calls this the War of Each against All. Hobbes says that there are no laws, morals, or rules, but constant conflicting. He says, “In the state of nature life is nasty, poor, solitary, British, and short. You can’t have art or commerce.”

Hobbes believes that society will chose to leave the state of nature to set up a government. The government that society will choose is an absolute monarchy. One person will keep order, peace, and harmony in society. Hobbes says that citizens will surrender their rights in order to become peaceful. This will be a social contract that says the monarch will have the power to do anything necessary to uphold the laws. Ironically, Hobbes was not liked by some absolute monarchs because he did not support the divine right of kings which states that the right to rule is given by God.

Locke believes that the government must be under the law and that the law is sovereign. He believes that the most important basic right is the right to pursue property. In addition to these three basic rights, Locke says that society also has a right to revolt. If the government were to violate the law, citizens may rebel. In contrast, Hobbes says that society never has the right to rebel.

When considering the matter of religion, Locke believes the government should tolerate any type. This ensures there is no “religious test for office.” Also, some religious people would not be recognized in court if not all religion was tolerated (i.e. atheists). Locke says that what people believe can’t be controlled. Contrary to Locke, Hobbes thinks that the matter of religion should be up to the king. Thomas Jefferson would have agreed with Locke saying there should be a wall of separation between religion and the state.

Locke and Hobbes possess two different ideas because they start out with two different ideas of nature.  Hobbes believes there is constant war while Locke thinks that everyone understands and respects a person’s rights. Meanwhile, Rousseau sees the state of nature from a more idealistic point of view.

People are happy and simple in Rousseau’s idea of the state of nature. Society is poor but happy. They are in complete harmony with each other and the environment. He calls this the “noble savage.” In addition, Rousseau does not believe in original sin. He believes that private property is the cause of inequality, greed, cruelty, and exploitation. In the state of nature property is equal. People become alienated from true human nature when the concept of private property is introduced to society.

The purpose of Rousseau’s contract is to get back to an egalitarian community. In order for this to happen there must be a revolution. The “general will” must be established. Each individual must surrender their rights to the community. Also, Rousseau wants to eliminate partial and special interest factions. A person is not truly free unless their interests and values are the same as the community.

According to Rousseau, in order for people to be free, the government should force people to be free. The government must regulate and eliminate private property because private property is the most common source of factions. Anything that breaks up the general will must be eliminated. James Madison would have agreed with Rousseau’s view on factions, however, he would have allowed them to exist.

The purpose of Locke’s contract is to maintain order while the law is sovereign. Hobbes’ contract would protect citizen’s rights, especially property, while a monarch is sovereign. Rousseau’s social contract would establish a community while the general will of the people is sovereign. Each thinker possesses different ideas about society and the state of nature, yet they possess some similar basic principles.