“How should I act?” – V (Old Bailey), “Speaking of Courage”, Thoreau: Reflection 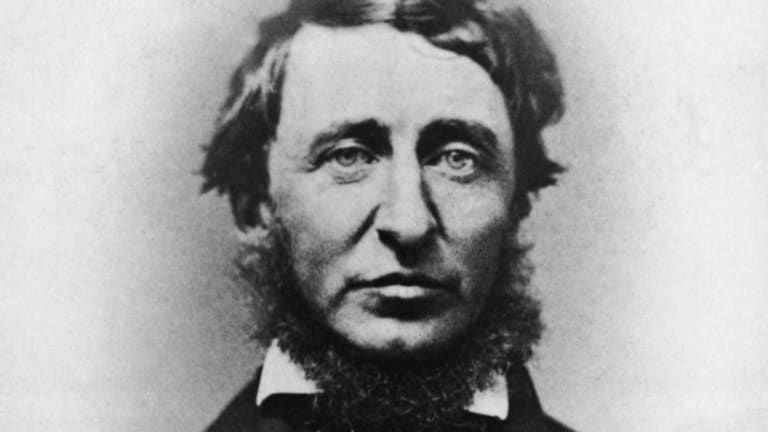 Civil Disobedience is fascinating. How is the world different now compared to when Thoreau was alive? Do these changes affect his message and its meaning? For example, government has changed in America since his time. Currently, government programs are much more persuasive than they used to be. This affects many phases of American lives. Is it impossible separate yourself and get away from such a powerful government? Most people today would agree with Thoreau’s stance on the evils of slavery, and it is easy to convince Americans that it is good to protest these evils. But would Americans agree with Thoreau on his stance about it if he were using civil disobedience to support slavery?

Not all people think that war is bad. One person might support war simply because they feel strongly about it, such as the Nazi regime. When America was at war with Hitler, almost every American supported the soldiers and the United States’ cause, at least after Pearl Harbor. But, when the war in Vietnam occurred, Americans were less one-sided. Obviously Americans practiced civil disobedience in protest of the Vietnam War. Thoreau’s principles are convincing, yet some of his examples are unclear.

Thoreau also discusses the importance of non-conformity. He is extremely concerned about the injustices practiced by the government and their intolerance toward non-conformity. He thinks that many problems in society arise from the fact that majorities make it improbable for others to seek justice as they see fit. He has an idea of a place that allows for people to choose to live separate from the government itself, thus becoming independent. He presents this idea assuming that citizenship is a matter of choice. People are born into certain situations that they can’t control. They can’t simply disconnect themselves from their world or the government. They have feelings of obligation towards friends, family, and themselves. However, Thoreau believes that a person is responsible for themselves and should see him or herself as liberated.

Thoreau states that he’ll pay highway taxes because he desires to be a good neighbor. However, he mainly avoids paying most all taxes. His refusal to pay taxes isn’t because he wants to boycott government practices. He is actually repudiating loyalty to the government. In his novel, he states, “"I quietly declare war with the State, after my fashion, though I will still make what use and get what advantage of her I can, as is usual in such cases." When referring to the person who paid his debt in order for him to be let out of jail, he says if that person helped him out of sympathy, then that person was helping injustice. If the person did it order to aid him, then that person allowed their feelings to impede with the public good. Thoreau says he sometimes desires to respect his neighbors, knowing they have good intentions. However, he realizes that there are people, such as slaves, who would be upset if he were to keep to his neighbors. He doesn’t think that he has to accept people for who they are and give up on thinking of how they should be and act. He thinks that he can have some influence and impact when going against his fellow people.

Thoreau believes that soldiers are machines and that they are no better than dogs. He states that soldiers can’t think for themselves and are shadows of men. He believes that people should act in accordance with their conscience. Norman Bowker is a soldier in the Vietnam War. He has a strong aura, but it’s belittled. Bowker is a peaceful man. He does not like violence and discourages fellow soldiers from it. However, he supports them when they are faced with decisions that war obligates them to make. This comes into play when O’Brien kills a person outside of My Khe. All of the men are effected when Kiowa is killed, Bowker especially. Bowker fears that he has betrayed his friend.

Bowker faces pain when war stories are recalled. “Speaking of Courage” displays how not speaking and speaking about the war affects characters in the novel. O’Brien’s guilt and memories are dealt with by writing stories. These stories help distance him from the terrors of war. When he writes, he separates his current self from the self that fought in battle. Meanwhile, Bowker can’t soothe himself through telling stories. He seems to have trouble expressing himself through words. He drives around aimlessly in silence. He can’t leave his war experience behind, but can’t talk to anyone about the war. While O’Brien can use his stories to come to terms with what happened, Bowker can’t.

The war has lasting effect on soldiers and O’Brien uses the sewage field as an example of how it’s hard for a soldier to put the war’s effects in the past. None of the soldiers can put the sewage field incident behind them. Bowker believes that he may have been able to save Kiowa if the field didn’t smell so bad, thus earning the Silver Star. But did the smell of the field prevent Bowker from doing what he could to save Kiowa’s life? Just like Kiowa could not be saved from the field, Bowker can’t stop himself from thinking about Kiowa and the Song Tra Bong obsessively. He has a desire to go back in time and change what happened.

Bowker can’t help but live in the past and it ultimately results in his suicide. He can’t come to terms with the fact that there was nothing he could do to save Kiowa. He bears his burdens alone while O’Brien is able to share the things he carries. Bowker’s burdens ultimately lead to his death in a YMCA.

One of V’s actions he takes is blowing up the Old Bailey. It is a symbol of his feelings towards the government. Destroying the Old Bailey is the perfect way to initially gain citizen’s attention. Later, he displays a message directed to the citizens, exploiting the government’s injustices and asking the people to join him in his Vendetta.

Before he destroys the Old Bailey, he puts on an act. This act is amusing in the sense that he is sarcastic in his tone of voice, yet he displays her injustice and what she truly represents. He refers to her as Madame Justice, which is suitable. V believes in justice and the idea behind it. His newfound “love” is different from Madame Justice because she does not represent justice anymore. She has become corrupt. He infers that she has become a symbol of the conservative government that has taken over the country. She is a symbol of anarchy. V states that he has learned justice is meaningless without freedom. The government has stripped its citizens of their freedoms and he wants to change that. His actions have purpose and meaning, which ultimately wins over the citizens, causing them to join V’s vendetta. He uses symbols and actions to display meaning and change. He opens a door for the people to walk through, but does not force them to walk through it.