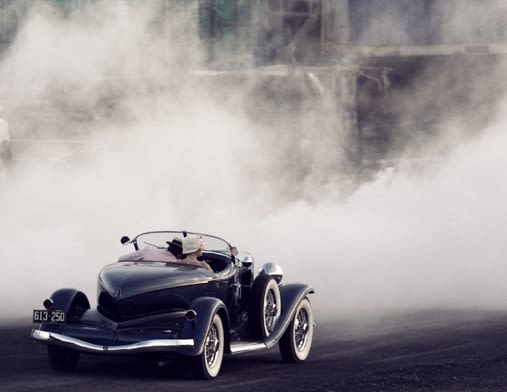 Was Jay Gatsby a hero? He was certainly not greedy. Gatsby represents a tragic or romantic hero, driven by his love for Daisy. He could be considered a hero in every sense of the word. From a traditional Horatio Alger hero to Andrew Carnegie’s vision of a hero or celebrity, Gatsby represents a diverse and unique type of hero.

Preserving money was of vital importance to Gatsby. He never consumed alcohol, a guideline of Carnegie’s for business men. In addition, Gatsby didn’t waste his time acquiring an education. Gatsby continues to follow Carnegie’s guidelines for success by aiming high. Gatsby succeeded quickly in everything he did throughout his life. He became of great importance to Dan Cody, he quickly became of high ranking the army, and he speedily rose in Wolfshiem’s organization. When Gatsby is introduced to the viewer, he possesses a top position on Wolfshiem’s company. Gatsby is far from ordinary, taking Carnegie’s advice to the extreme. However, Gatsby’s deviation from normal is apparent in his involvement in illegal activity.

A Horatio Alger hero could be defined as a poor, honest, young, kind, hard working, and lucky kid who is ready to seize opportunity when it is presented. The ability to take advantage of opportunity requires creativity and confidence. A Horatio Alger hero overcomes obstacles aided by a mini-hero that aids the hero in conquering an obstacle that is usually produced by an enemy. This type of hero’s diverse qualities produces financial success in the end, meanwhile expressing the same virtues of a successful business man.

Jay Gatsby is extremely similar to a Horatio Alger hero. He presents a neat appearance and possesses a quiet confidence. Even though he does not share the ethics of an Alger hero, he does appeal nicely. Similar to the Alger hero, Gatsby is noticeably humble, able and willing to do what is necessary to succeed in life. He occupied an imagination and boldness to seize opportunity when it presented itself in the shape of Dan Cody.

Gatsby is cheated, like an Alger hero would be, out of $25,000. Even though Cody handed his legacy down in his will, it did not prevent his significant other from stealing what was rightfully Gatsby’s. Also, it could be perceived that Gatsby is again cheated when he goes to war and Tom marries Daisy.

Gatsby is guided by a purpose and a vision. However, he is incapable of resisting violence and chaos. He is in a never ending conquest to capture the American Dream. Nick believes Gatsby’s intentions are good, yet harmful. Nick admires Gatsby’s ongoing conviction to his dreams. Because of this, Nick views Gatsby as a tragic hero; looked up to and respected for his creativeness and accomplishments in a corrupt world.

Fitzgerald may have been implying something with the development of this character. The 1920’s was a chaotic time in America. Gatsby may represent what Fitzgerald believed to be a true man. He created a character that symbolizes a classic tragic hero.

The Great Gatsby is a story of passion, desire, and dreams. Gatsby’s hope that he can become rich enough to win Daisy over drives the plot forward. Jay Gatz represents that of an idealistic American, possessing extraordinary passion for success. He goes as far as to alter his identity in order to become, in the eyes of his peers, successful. However, while attempting to fulfill his desires, he loses everything. In the process of ending it all, he reveals his involvement in illegal operations. Gatsby is a dreamer and a romantic. His ambition knew no boundaries, and he displayed that in sacrificing his life to protect the one he loved.

There are two heroes that evolve in this story. Nick aided Gatsby in times of struggle in realizing his dream. In this sense, he was a hero. Although born on the poor side of town, Nick possessed a curiosity and desire of the rich. This was brought upon him when Gatsby approached him about winning Daisy over. He was the piece of the pie Gatsby was missing. Nicks actions of bringing Daisy together could be considered heroic. Nick could be considered a more modern day hero because of the way he thought rather than how he carried out his actions.

Nick played a vital role in bringing Gatsby and Daisy together. He aided Gatsby in realizing his dream before it crumbled. He may have not been the true hero of the story, but he was to Gatsby. Gatsby is undoubtedly the audience’s hero. He is more devoted to his goals than most people. He is unique in his own respects. Jay Gatsby is a man of ambition and dreams, of which that he would have gone to the end of the world to pursue.