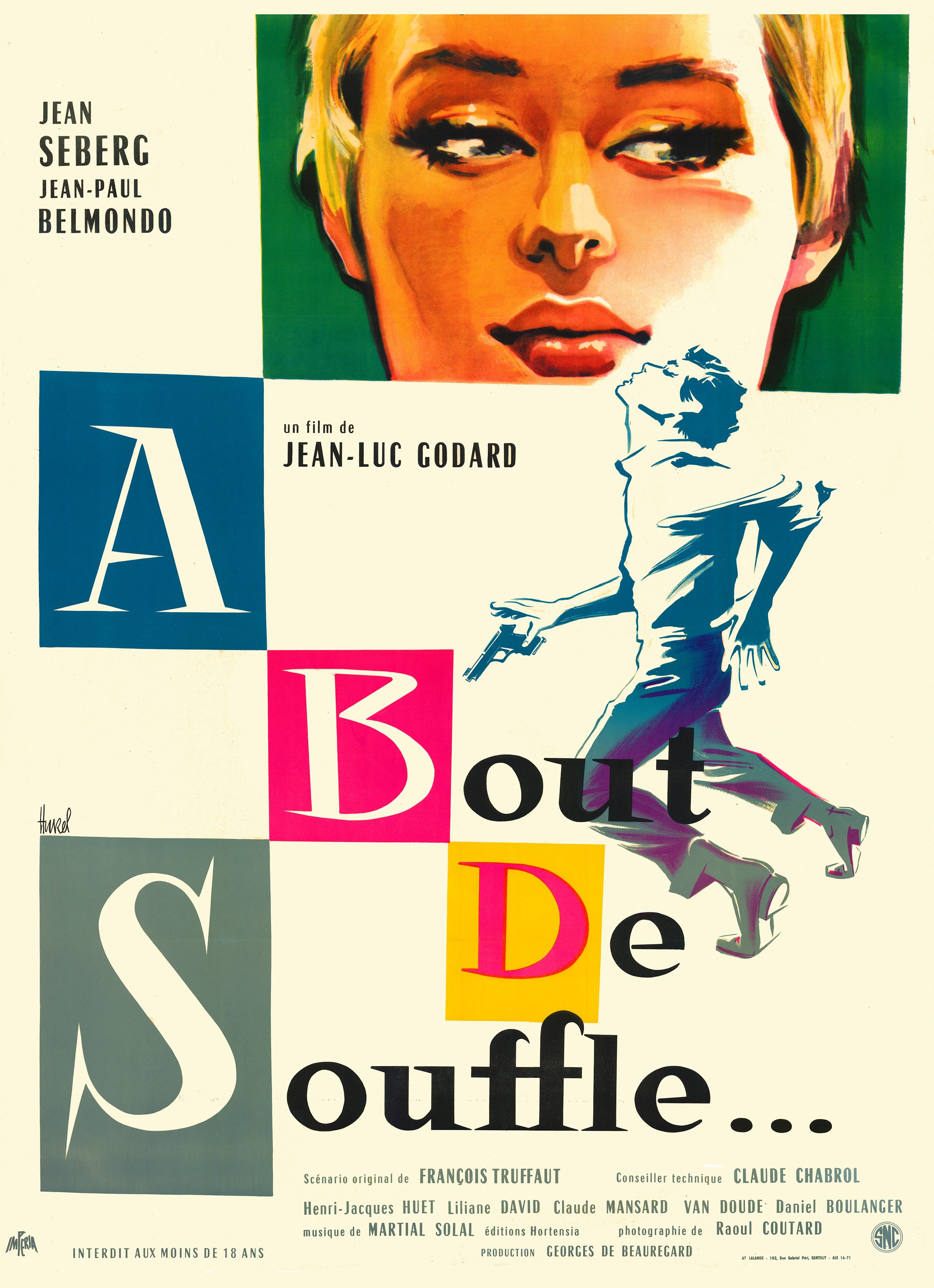 Until Breathless, most films were just taped scripts. Godard decided to make a film the way he perceived and interpreted the world. What this did was invent a new way of telling stories through film using jump-cuts, improvisations (especially the camerawork), no establishing shots, and the use of natural light and setting. This style of filmmaking broke numerous cinematic “rules” and began a new age of thinking when it came to filmmaking.

The direction of Breathless is what makes this movie great. Patricia doesn’t come into as good of focus as Michel does throughout the film. This becomes a problem later on because the focus of the plot becomes more on her rather than Michel. For example, the final shot of the film is when Patricia turns her back to the camera. This isn’t satisfying to the viewer because of the blurry psychology of Patricia.

I noticed that there is jazz music that seems to be in just about every scene throughout the film. I found this annoying to an extent. Maybe this was done because the soundtrack was done after the images were recorded. Regardless, it causes me to somewhat dislike the film.

Godard seemingly miscalculates when he allows a scene between Patricia and Michel to go on for a long time. Besides this, the film seemed to have a sense of urgency, being full of quickness and energy. There is a more satisfying scene toward the end where the camera follows one character after another with their dialogue overlapping, causing a sense of a communication failure.

Breathless becomes special because it is a little different from other films. Godard expresses a sense of hurriedness while exploring his ideas. For example, the meaning of words are constantly questioned by Patricia, as she is always asking for clarification on confusing phrases. Meanwhile, Michel uses some street slang when talking to the operator. Godard creatively leaves language such as nationality and cinema open to abrupt changes and alteration. I don’t believe that it is a coincidence that so many of the characters have foreign names and non-French accents.

Breathless could be considered a celebration of cinema. What’s great about Breathless is the fact that it works just as well for viewers that are in search of a romantic thriller as it does for the viewers in search of cinematic brilliance and innovation. Godard brings a cinematic world that he envisions to life that seems so real. Through Godard’s different and new vision, cinema may actually look better.