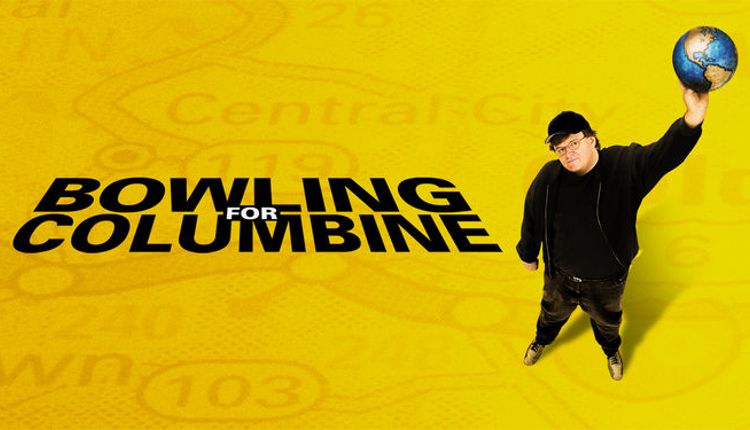 America is a violent society. An unanswered question offered throughout the documentary is, “why is America the nation with the most gun-related deaths?” No concrete answer to this question is offered. Suggestion reasons such as the United States’ violent history, or that America traffics more weapons than any other country are not necessarily the cause of society’s continued violence. Agents of socialization such as the media, school, and peers influence the way people act. Bullets and guns are easily accessible, semi-automatic “hunting” guns are rarely used to kill game, and kids are becoming increasingly exposed to crime. Meanwhile, the media continues to pump society full of fear. Insecurity among Americans has become common, and while we seek an answer to the resulting violence, we need only glance in a mirror. I agree with Michael Moore that America has become a nation of fear.

The Michigan militia stated that, “This is an American tradition, it is an American responsibility to be armed, if you’re not armed you’re not responsible, who is gonna defend your kids?” They view the Police as the middleman. Family is important to many Americans, and in the time it takes to phone the authorities when a family member or friend is being attacked, the crime most likely will already be committed. It is difficult for the government to look after each individual in the United States, so it is reasonable for citizens to own a means of defense. However, I do not agree with the idea that it is the duty of Americans to own a gun. Problems can be solved without the use of force. Canada has roughly seven million guns, yet they do not commit anywhere near the amount of gun related crime that is present in America. They leave their doors unlocked and watch newscasts that talk about problems mainly related to the economy rather than crime. Canadians don’t live in a “culture of fear.”

Terry Nichols’ brother stated that if the government turns radical then the people must revolt with anger. He made this statement as if there was no other solution. When offered another way by Michael Moore, using Gandhi as an example of a peaceful overthrow, Nichols suggested he was not familiar with this approach. The idea of violence as a solution should not be evolving. Numerous conflicts can be resolved with negotiation and reason. The media, among other influences, have successfully burned an image into the minds of Americans that problems get solved with violence. Violence should be recognized as a detriment to society rather than a solution to disputes.

Children are raised in an environment surrounded by guns and violence. The documentary showed clips of a carnival game named “Shoot the Geek,” where the objective was to use a gun to “kill” the supposed nerd popping out from behind objects. This negatively influences kids to pick on stereotypical nerds, as well as use guns. I don’t believe crime would happen so often if society didn’t place the idea of gun violence in people’s heads. In addition, this game supports the idea that being a geek is bad. A geek can be classified as an extremely intellectual human being. To support conformity against a person who is gifted is wrong. All men are created equal.

The United States advocates the use of force and violence to fulfill goals. We celebrate bloodshed by placing war weapons such as bombers on display. The film suggests that the U.S. government put money towards training Osama bin Laden’s men, supporting military coups, and creating pathways for dictators to assume power. Above all, the U.S. gave billions of dollars in money and weapons to people like Saddam Hussein and Osama bin Laden in Afghanistan so they could invade neighboring enemies. For example, the government gave weapons to Iran for the purpose of invading Iraq. What resulted from our offerings to countries like Afghanistan was an attack on our own country. We essentially made it possible for foreign countries to devise and fund a plan that would stun our society. In essence, we funded attacks on ourselves. Bombing countries when we do not agree with their stance on issues is immoral. We do not control the world, we control ourselves. Without a promotion of hostility from America, the world may be a more peaceful place.

Conforming is a virtual requirement in today’s society. People develop into who they are due to symbolic interactionism. Fear of failure is an idea that is conveyed to children. Teachers actively communicate the message that if you do not succeed at a very young age, you will fail to succeed later on in life. It has become normal that if a child does not do well in school or deviate from the social norms, folkways, mores, or taboos, he or she will be labeled an outcast. This results in the creation of social groups. These groups basically consist of conformists and non-conformists; wherein the conformists sometimes tease the non-conformists to the point of, in the case of Columbine High School, murder. Society does not listen to those that chose to not conform or be independent. Listening to those who are different, as Marilyn Manson said, can lead to saved lives.

When tragedies occur, society looks for someone or something to blame; whether it be music, parents, television, video games, etc. I found it ridiculous that Marilyn Manson was being blamed for the Columbine incident. Manson could be viewed as a poster boy for norm deviation. He acts how desires, not worrying about how others view his actions. I think the idea that you should live how you want should be admired, as it currently seems to be a rare commodity, which is ironic considering America is the “land of the free.” The notion that we are free to act and do as we chose is false considering that certain socialization is almost required to be socially accepted.

I agree with the idea that the media instills fear in society, resulting in increased consumption. The film offers a statistic that while the murder rate in the U.S. is down 20%, news and media coverage on the subject is up 600%. So, while crime rates are dropping, fear of crime has increased. The media chooses to report violence and hazards more than any other subject. They heed warning to virtually every seemingly dangerous item existing in society (escalators, sidewalks, etc.). These warnings cause viewers to be afraid and cautious of what is being reported. They take measures to avoid being hurt or affected by the reported “problem.” This increased consumption leads to the increased success of businesses and business owners, as the demand for commodities like alarm systems and guns increase. Thus, the increase of fear leads to increased consumption, which in turn leads to an increase in profit.

Truth lies in the statement that a violent past does not necessarily lead to a violent future. Once violent societies in Germany and France have currently less than 400 gun related deaths per year. This is a terribly low number compared to the approximately 11,000 gun related deaths in America. Why is America’s homicide rate significantly higher than any other country’s? Because killing is the result of fear. Society is so concerned with all of the things that may go wrong during the day, that the instant a remotely significant threat is posed to a citizen; he or she is prepared to defend themselves with deadly force and without rationalization. The media manifests this fear because then continually portray the negative and harmful side of society on the news. Also, the news reported that negatively affects the economy are rarely things such as pollution or global warming, it is nearly always murder and mayhem.

Fear in America supposedly began when the Pilgrims arrived in America. Michael Moore creatively displays a brief history of America in a creative cartoon that shows how white people use guns as a means of unneeded protection against blacks and those of different race. The media actively suggests blacks as criminals in shows like Cops. When a black man commits a crime, he is immediately a top news story. The media has expressed the idea that black means trouble. Michael Moore offers examples like “Africanized” killer bees that present the image that whites are afraid of difference. The “Africanized” bees are a bit more violent than “normal” bees. Thus, suggesting that blacks are more violent than “normal” people; an absurd ideology, as the color of a person’s skin does not define them as a person.

I believe the documentary is an eye-opener for American society. Different is not wrong. Deviation from norms may ultimately benefit society as a whole. Many of the people who are considered “different” are extremely successful if they can overcome criticism that they receive from society. If the media continues to instill fear in the minds of Americans, we will continue to suffer the consequences (death, war, feat, etc.). Promoting a peaceful society should be the general goal of a newscast, not entertaining the public with ideas of death and destruction.  Guns need to be regulated and people need to listen to other members of society. The one thing many Americans crave is to be understood by another human being. I believe if one person could have understood the assassins at Columbine High School; a massacre could have been prevented. Negotiation and peace must become a way of solving problems rather than use of deadly force.