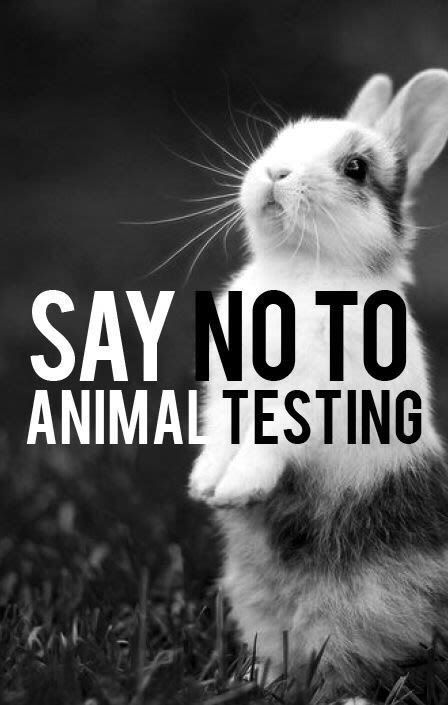 Animal testing is an act of cruelty. I believe it is morally wrong to cause an animal to suffer in order to benefit the human race. Millions of animals have been used as test subjects for research purposes, but research has proven that less than 25 percent of medicinal side effects are correctly predicted. Based on these details, I ask what are we really getting out of animal experimentation?

What rights do animals have? Who are humans to decide what meaning an animal’s life will have? I believe that animals have rights. There are different methods for testing that should be pursued. People differ in their opinions. Some think that the tests are unneeded and incorrect. Others believe that they are required in order to benefit society and further medical research.

One reason I am opposed to animal cruelty is because animals can’t speak. They can’t express emotion through words or tell a researcher to stop causing them pain. Numerous companies conduct tests that are inhumane and hurtful to animals. Animals require our support because in this situation they are defenseless. Just because they lack intelligence and can’t become members of society doesn’t mean they don’t have rights. Because animals aren’t as intelligent as humans, they deserve our care and respect. An animal can be compared to a newborn baby; they both do not possess extreme intelligence and require support of a human.. Animals can’t defend themselves therefore we should defend them. What makes humans superior to them anyways, our feelings? Animals have feelings too. It is unfair to conduct tests on them when they have no say.

Many people believe that if animal testing were to be stopped, medicine and scientific advancements would halt. It would be difficult to learn new information about humans, behavior, or dieting. It is believed that the development of cures for diseases would also stop. It seems as if animal experimentation is needed. It provides society with medical advancements and new discoveries; however, there are alternatives.

Since it has been proven that certain results derived from tests are obsolete, other possibilities for testing become realistic. First, society has the technological resources to use computers for testing. Also, tests could be conducted on smaller organisms such as bacteria. In order to produce accurate results, animals do not always need to be tested. Animals are different from humans psychologically and anatomically. This makes them a poor comparison to humans. Diseases that affect humans, such as AIDS, have been injected into animal test subjects and were unaffected by the HIV virus. This is proof that testing in many ways is meaningless. These kinds of tests are also done repeatedly, only to produce the same results. Animals are becoming endangered because of corporation’s excessive testing.

More than 500 million animals die as a result of animal testing each year. This is ludicrous. There are other methods available that could significantly decrease the number of animal deaths. There are artificial environment methods called in-vitro. Also, the amount of duplicate tests could also be cut down on by using a database to keep track of tests. Different tests would reduce costs, predict human injury more effectively, produce results faster, and eliminate animal cruelty.

Labs have become breeding grounds for animal test subjects. They treat animals with no respect, forcing animals to live their life in a cage only to be killed because of a test. This is immoral. Just because their lives are spent in a cage doesn’t mean their lives are worth less than any human. Sure, a large amount of tests are done on animals such as mice, but they are still animals. They are a part of the food chain just like humans. Their role in life is not to be tested.